Fae Visions of the Mediterranean: Interview with Jenny Blackford 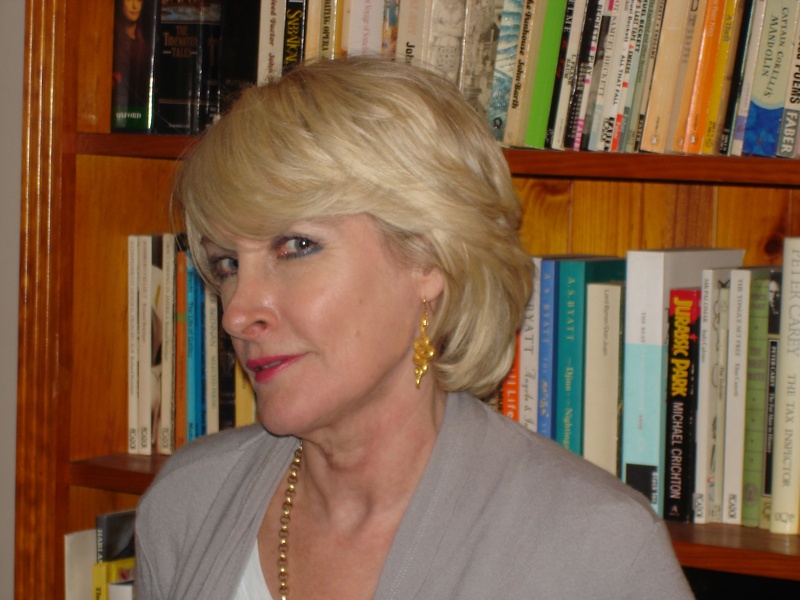 On May the 1st, Fae Visions of the Mediterranean was published. Edited by Valeria Vitale and Djibril al-Ayad, and published by Futurefire.net Publishing, it is an anthology dedicated to the folkore and mythos of the Mediterranean. This week I’m delighted to share with you all an interview with one of my fellow authors, poet and classicist, Jenny Blackford.

Jenny, your poems have been published in Westerly, Australian Poetry Journal, Strange Horizons, The Pedestal Magazine and more. Can you tell us a little about how you discovered poetry or how it found you?

It's so long ago it's hard to say! My mother and her father definitely read me all sorts of excellent poetry when I was tiny. My father, who grew up in Howlong, a tiny Australian bush town on the NSW-Victorian border, insisted on reciting Bush Verse at great length, which as a kid I found excruciating.

I have no idea when I wrote my first poem, though I spent years of my childhood sending poems in to the Sydney Herald kids pages, and occasionally getting published there. When I was 14 or 15, one of my poems won the Hunter Valley Research Foundation poetry prize, which was a pretty big deal for schoolkids around Newcastle, NSW. This wasn't great for my (already minimal) street cred in rough-as-guts Swansea High, but the English master was delighted. The poem was reprinted in Dolly, which was a much meatier (and less celebrity-obsessed) magazine back then. I had no idea at the time how unusual it was to get a paid publication in a mass-circulation magazine – I just took it for granted!

Sadly, I had a hard time with the English teacher imposed on me for my last two years of the fancier high school I had to go to so I could pursue my Latin studies. She managed to sap my confidence in anything Eng Lit-related. I loved my intensive Classics degree at the University of Newcastle, but I was too busy translating Greek and Latin poetry to write anything of my own. Then when I jumped sideways into computer networking, I didn't have the creative energy for anything but literary criticism.

When I left my day job in 2001 and got back to creative writing, I started with short stories, which all my literary friends were writing. Gradually, though, I wormed my way back to my first love, poetry.

As a poet and classicist, can you tell us what inspires or fascinates you about the folklore, myths and legends of the Mediterranean?

That's a hard one! I fell in love with everything about the ancient Mediterranean as soon as I encountered it. I can't remember a time when all things ancient Greek and Roman (and Egyptian, Punic, Syrian, Etruscan et al) didn't fascinate me - including, of course, their folklore, myths and legends. I do remember being tiny, and startling adults by telling them that I was going to study Greek and Latin when I grew up. And I did study them – right up to halfway through my still-unfinished PhD in comparative ancient religion, "The Tripartite Godhead in Indo-European Religion": Mediterranean myth and legend in one far-too-big-to-digest bundle.

3. Tell us a little about your writing process. Did you draw inspiration from nature, music or art for your creative process?

My poetry generally comes straight from my unconscious. I'll be doing something completely different – cooking, or gardening, or talking to friends – and a phrase or a sentence will come into my mind and demand to be written down. The poem then accretes around those words, little by little, coming from all the stored-up baggage in my head. And that includes thoughts and memories of nature, music and art, as well as wide reading in all things Ancient Greek and Roman – poetry, plays and stories, plus any number of reference works. I've read SO much about nymphs over the years!

4. What inspired you to write this poem? Was it based on any historical or mythological source?

Nymphs are big in Greek literature – for example, the beautiful nymph Calypso, on whose magical island Odysseus spent seven blissful years during his slow way home to his faithful wife Penelope back on Ithaca. But they were even bigger in folk belief. Few Greeks would have doubted that areas of natural beauty, especially springs, streams and trees, were inhabited by nymphs – tall, beautiful, immortal supernatural women. Nymphs are even referred to in Socrates' serious philosophical dialogues! In the Phaedrus, he even says he is speaking poetically because he is numpholeptos (or nympholeptus in the more usual Roman transliteration) – he is seized/inspired by the nymphs who obviously inhabit the nearby trees and stream where he and Phaedrus are talking.

And why, I wondered, was it always men? What if a woman fell in love with a dangerously beautiful nymph?

5. Who are three poets you think readers should know about?

I love the great classical Greek poets Sappho and Euripides, and Roman Catullus, but it's close to impossible for anyone to make a translation that really conveys their original meaning while still being real poetry. Their work is just too lyrical and dense with multiple meanings. Closer to our modern times, I couldn't go past WB. Yeats, the Irish master of poetry, but Gerard Manley Hopkins and Dylan Thomas are also wonderful. Closer still to me in time and space, Judy Johnson and Jean Kent right here in Newcastle, NSW, and Melinda Louise Smith not so far away in Canberra, ACT, are amazing poets. (I should add that Jean and Melinda are both published by award-winning Sydney imprint Pitt Street Poetry, which was responsible for the beautifully-illustrated little pamphlet of my cat poems, The Duties of a Cat, in 2013.)

Jenny Blackford is a poet and writer based in Newcastle, Australia. Her poems and stories have been published in Australian Poetry Journal, Cosmos Magazine, The Pedestal Magazine and more. Her poetry prizes include first place in the Humorous Verse section of the Henry Lawson awards 2014, second in the W.B. Yeats Poetry Prize for Australia 2016, and, most recently, first in the inaugural Connemara Mussell Festival Poetry 2016. In late 2013, Pitt Street Poetry published an illustrated pamphlet of her cat poems, The Duties of a Cat. Legendary feminist Pamela Sargent called her 2009 historical novella set in ancient Greece, The Priestess and the Slave, “elegant”. www.jennyblackford.com.