Fae Visions of the Mediterranean - a Reflection on Mermaids 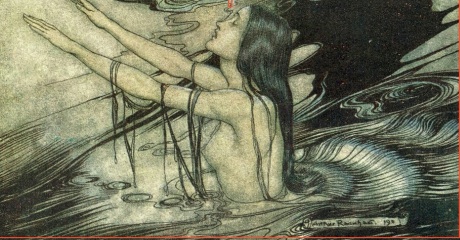 Fae Visions of the Mediterranean, edited by Valeria Vitale and Djibril al-Ayad and published by The Future Fire  is an anthology centred around the sea myths and folklore of the Mediterranean. Being a first generation Australian and my parents migrating here from the Mediterranean as adults, I was eager to see what the book would read like. Excitedly, I submitted a story, The Return of Melusine. To add to that excitement, my story of mermaids that frequent the lagoons of Venice was accepted.

When people talk about mermaids, our minds often go to Hans Christian Andersen’s The Little Mermaid. Many don’t know of the mermaids of the Mediterranean – there are those sirens featured in Homer’s The Odyssey, there is a merman in Abdullah The Fisherman and Abdullah the Merman in the Arabian Nights, and the mermaid Partenope in the South of Italy that people leave ricotta cakes for on the shore.

Growing up in a migrant Sicilian household in Sydney, Australia, I was raised on such stories – particularly by my grandmother who was fond of telling tales. They changed each time they were told and sometimes had different endings but the mermaids and monsters were there. The sea was full of them.

We would go to bay in Brighton Le Sands in summer; it is still a popular seaside spot facing the airport and the oil refineries in Sydney and although far away from the Mediterranean, it is populated by migrants who have come from there. As a child I would immerse myself in these waters, a far cry from the Mediterranean, and imagine myself a mermaid. I would blow bubbles in the water and imagine the secret messages reaching the mermaids in caverns.

Years later I identified with mermaids for different reasons. Mermaids are symbolic for me with duality in nature, personal identity and a sense of self. I think a lot of mermaid myths deal with these themes – how much of yourself do you give in relationships? Do you deny an aspect of your authentic self in order for someone to love you? When Melusina tells her lover he is not to interrupt her when she is taking bath, she is claiming some space for her self, to authentically be. These days, when I want solitude and a sense of reclaiming self, I take a soak in the tub. There are a lot of truths in these tales of scale and skin about authenticity and personal space.

I think this is where the fascination with mermaids for us all lie. Their duality, their deep love and desire for others juxtaposed with their desire for space for self and to authentically be.

I am very excited to know that I am in an anthology centred on the sea of my origin:

Fae Visions of the Mediterranean

An Anthology of Horrors and Wonders of the Sea 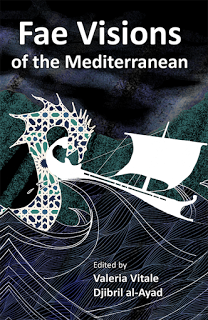 comes out on May 2nd, 2016. http://press.futurefire.net/p/fae-visions.html

Reply Barb
4:07 AM on April 29, 2016
I am excited for you and what a lovely way to think of mermaids. It makes sense, perfect sense. I cant wait to read
http://amorinarosewrites.blogspot.com