The Secret Lives of School Libraries

As I fumbled through loan statistics of books borrowed and videos downloaded to justify my existence, I started to think about the hidden statistics that I could never show to prove the value of the school library. Libraries have secret lives; stashed books in hidden places, the love notes and chocolate wrappers stuffed between volumes or behind the shelves, and the stolen books kids are too shy to borrow. (I think the highest compliment for any author is that their book is stolen from a school library!)

Every now and then I run an amnesty for eternally overdue or stolen books, offering jellybeans or some other tooth-rotting candy. I don't believe in fining kids for overdue, lost or stolen books. Why punish a kid for wanting a book to read? Even if it doesn't add value on paper for reports for funding, it adds to the secret lives of libraries.

In a time that nation-wide tests like NAPLAN totally disregard creative thinking and education, libraries really are the last frontier. They are a space for kids to explore their inner lives, their sense of who they are, and who they might become.

Libraries are more than shelves with books. Take a look at the Internetz and you will see that kids are writing lots of their own stories, too. At the moment I'm collaborating on a poetry-writing project with Red Room Company for the third consecutive year. Each year we display student poems to ambush readers with the poetic word. From haiku stones, guerilla soldiers to poetry walls. Today, I got a buzz when I looked around the library at lunchtime. There were kids cutting up old newspapers to make their own collage poems; another kid tucked in a corner reading 'a sekrit' book, another reading aloud his story about a boy and his bird to two friends.

Libraries used to be about silence now they're loud, filled with the voices of youth. Silence is not golden, the sound of a literate future is. 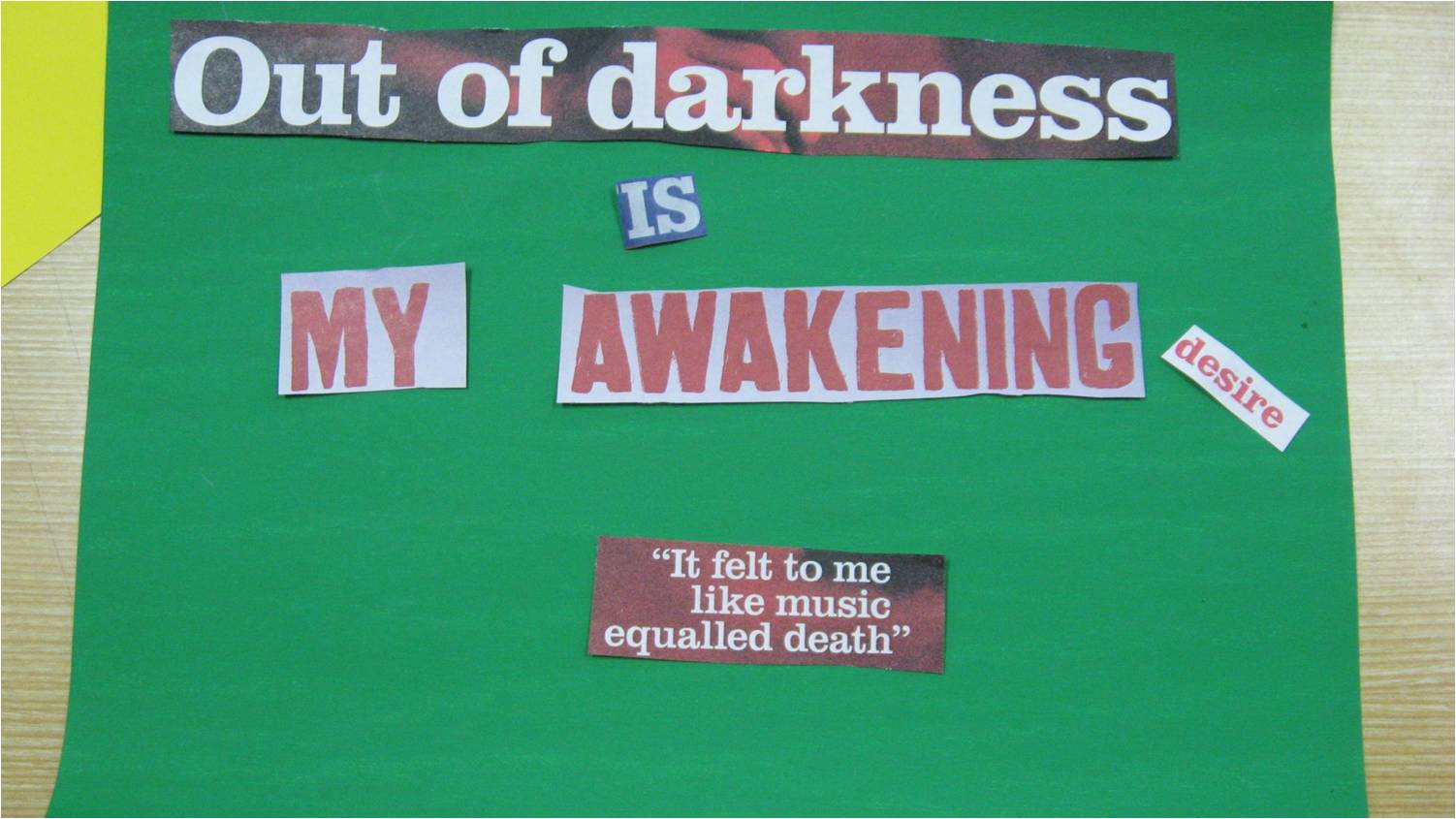