Look what the Postman delivered!

Postscripts 32/33, edited by Nick Gevers, contains my story, Rusalka Salon For Girls Who Like To Get Their Hair Wet, as well as tales by the amazing Angela Slatter, Alan Baxter, Alison Littlewood, Gio Clairval, Lisa Hannett, Michael Swanwick and Suzanne Willis.

The Year's Best Australian Fantasy and Horror edited by Liz Gryb and Talie Helene contains my story, Almost Beautiful, first published in CSFG's anthology, Next and contains some great stories by  some of my favourite writers, Terry Dowling, Angela Slatter, Kaaron Warren and Margo Lanagan to name a few.

You can order your copy of The Year's Best Australian Fantasy and Horror Vol.  here and  Far Voyager 32/33 here

And now to go inside a book for a while and read! 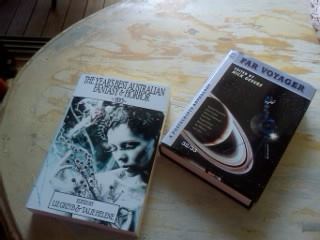 The Indigogo campaign for the anthology Dreams from the Witch House: Female Voices of Lovecraftian Horror is now live at:

There are a bunch of goodies up for grabs and the submission date for stories has been extended to the end of the crowdfunding campaign - March 1st, 2015.

Edited by Lynne Jamneck and published by Dark Regions Press, the anthology will feature the amazing Joyca Carol Oates and feature artwork by Daniele Serra.

The cover for Ticonderoga's Steampunk Romance anthology has been revealed! And it is gorgeous! This collection of steampunk romance is edited by the amazing Liz Grzyb. You can pre-order copies at indiebooksonline.com

And now I do the mad puppy skidding on lino dance to have a story included in this collection. 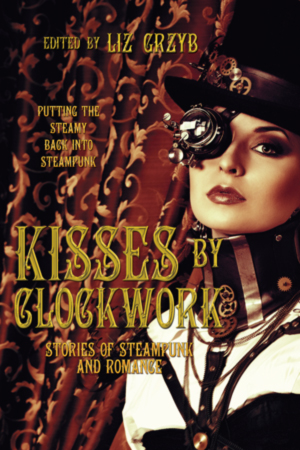 My Wall of Hands for the Aboriginal Literacy and Numeracy Foundation has now reached $955! Awesome!

Four out of five indigenous children can’t read or write. That’s a fact not universally acknowledged in our country.

The Australian National Literacy Foundation aims to bring reading programs to indigenous and refugee communities and so far have done an amazing job with programs in children’s literacy, numeracy, and children’s first language literacy. 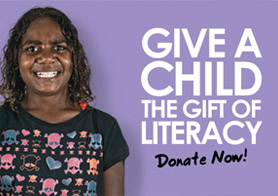 My lovely and very talented friend, Suzanne Willis has a story included in this collection. Jeux D'Enfants is a lyrically beautiful tale set in an apocalyptic Paris.

You can order a copy here and read  Suzanne's author interview here! 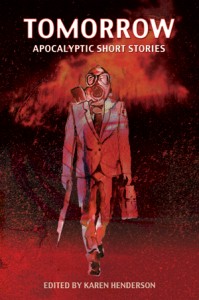 So today I received a mock-up of the cover of my fairy tale, The Cobbler Mage.

On receipt, I have to say I had a mad skittish kitten moment of pure excitement! This has been such a lovely project to work on. I have been honoured to work with the amazing, Christine Mathieu of Little Fox Press and Alice & Co, artist Rebekah Pearson, and Paola Artuso.

The Cobbler Mage is a fairy tale set in Paris for the adult in the child and the child in the adult. It is a mish-mash of what is old, traditional and new, what is both philosophical and political, a pinch of caricature and a tongue in cheek attitude.

The librarian in me cannot find a Dewey Decimal or Library of Congress number to give it a home on the shelves. Christine at Little Fox calls it "an odd little book that defies cataloguing." That sits perfectly fine with me.

And the launch will be in Melbourne at Alice & Co very soon!

Next is now an e-book!

CSFG’s Next anthology is now an e-book! Available from Smashwords in most formats for the very reasonable price of USD $4.99 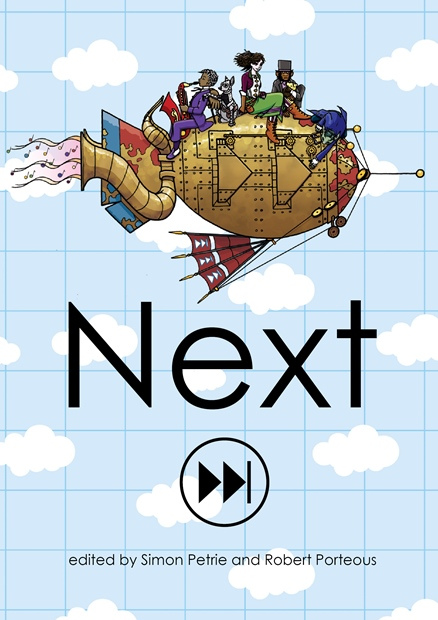 My Love for Books Speaks Volumes

This weekend I took a small trip to my spiritual home, the Blue Mountains in Katoomba, NSW. The air is crisp and clean and home to my favourite three sisters still sitting in stone, handmade chocolates at the Paragon Café and Mr Pickwick’s Fine Old Books.

Mr Pickwick’s books have relocated and are now underground Mr Pickwick’s Antiques. I was a wee bit disappointed to find they no longer have their own space on street level but relieved to know the bookshop still exists.

I love the fact that rummaging always retrieves little gems of forgotten authors and stories.  There were some lovely miniature books that I couldn’t afford and then… to my delight…I found two fairy tale books to purchase. The first, The Sandalwood Box is a cloth bound book of folk tales from Tadzhikistan published in 1971. I’ve spent an afternoon reading tales of feisty princesses, wives who outsmart their husbands, friendly bears, conceited elephants and flying horses.

The second book of fairy tales purchased, Twelve Dancing Princesses, is a collection of seven fairy tales retold by Sir Arthur Quiller-Couch; I bought it more for the art nouveau colour illustrations by the amazing Kay Nielsen and also for the fact that it was previously published under the title of In Powder and Crinoline. (The original title was also the invention of the artist). I didn't know anything about Kay Nielsen. The images were familiar, a couple had been used in a slim volume of fairies I'd purchased with pocket money when I was thirteen years old. Other than that, Nielsen was unknown to me.

Kay Nielsen’s art noveau styled illustrations are reminiscent of the artist, Aubrey Beardsley. Nielsen illustrated many fairy tale collections between 1914 – 1930, his most well known being East of the Sun and West of the Moon. He even designed scenes for Disney’s Fantasia but by 1941 his work was seen as out of fashion and he could no longer earn a living from illustration.  In the United States, after losing work with Disney, Nielsen worked a variety of jobs to earn his living including chicken farming.

Nielsen died in 1957, his artwork overlooked by many.  Indeed, the editor’s note in this book tellsof Nielsen being employed to paint a mural on a Los Angeles School only to have it taken down a year later for building renovations.  His artworks were offered to a museum after his wife’s death but were refused.  The artist died forgotten and in poverty.

There is something about Nielsen’s illustrations in this book that beg not to be forgotten– the images linger, long after I’ve turned the page, reminding me of the darker heart of fairy tales. I pour my inky tea in your honour, Mr Nielsen, and drink in praise of second hand book shops that contain forgotten volumes like this one. 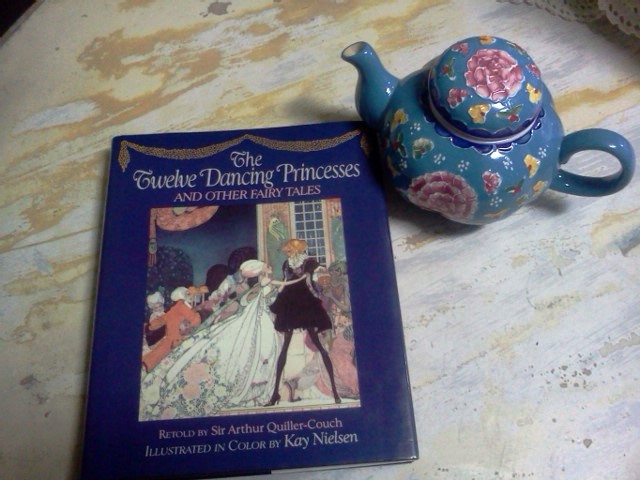